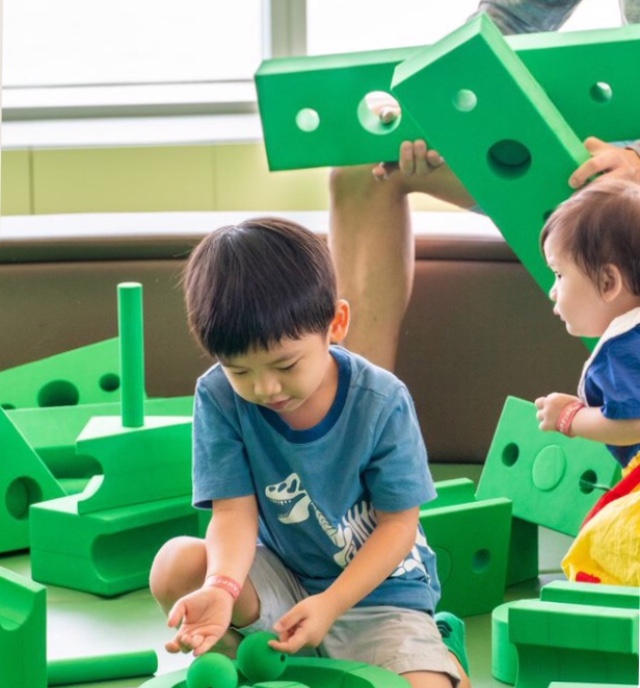 Earlier this year, Bright Day Foundation launched itself and its 2020 Giving Campaign by focusing gifts to Children’s Museums throughout the United States of America. This campaign, titled More Blocks More Fun, resulted in gifting close to 100 Medium Block Kits with a value of over $35,000 USD.

David Krishock, Bright Day Co-Founder, and head of the Bright Day Foundation said, “it’s not so much the value of the gift – but rather how many children we have helped through this effort. We estimate these gifted Blocks have touched close to 100,000 children thus far, as well as their parents and relatives.

Nothing better than helping children play – because when they play, they not only have fun – they learn and grow.”

Planning for this initiative began in 2019 when members of the Association of Children’s Museum members were contacted by Bright Day Big Blocks and asked if they would be interested in a donation of the kid-favorite Medium Block Kit. “The promise made – it’s a gift from the heart, no strings attached. The response from many ACM members was – how soon can we get these Blocks – and the program was off and running,” says Krishock.

The scope of the program was large – “I believe it covered locations from coast to coast – from Vermont to California and every state in between. At Bright Day Foundation we realized we touched Children’s Museums doing good work in rural areas, in areas serving those economically disadvantaged, and even on-the-go mobile play centers. We were humbled working with children’s museums that put so much effort into serving their community and helping young children find joy in playing. The Association of Children’s Museums is a great organization with amazing members – we are proud to be a partner with them,” says Krishock.

Bright Day Foundation is working on its next gifting program, TitleOneDerful ™ – a program designed to reach the more than 45,000 Title 1 elementary schools in the United States. Details of this exciting program will be announced this June.